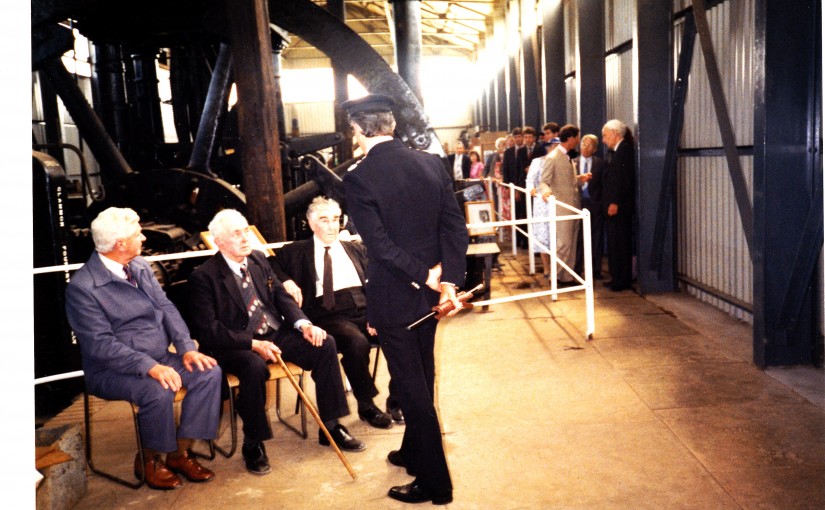 Waiting in the Hot Rolls for Prince Charles

The photo above shows a number of the ex-tinplate workers meeting Prince Charles. This photo has been brought to the museum by the son of one of the gentleman sat on the bench.

Found on the internet about an individual and his connection to the tinplate:

Capt. Francis Randell: (1772-1839) He was christened in Clovelly on 29th Nov 1772, as son of Thomas Rendle, and married Rebecca Thomas on 17 January 1797, at Kidwelly. His fellow bondsman was a Robert Ashton, Mariner, of Clovelly, Devon.
“A lease agreement exists, dated 23 November 1802, between “John Vaughan of Golden Grove in the County of Carmarthen and Francis Randall of the Town of Kidwelly in the County of Carmarthen, Mariner” of a “dwelling house and garden in Cawsey St otherwise Bridge St in the said Town of Kidwelly “. During 1803-1808 Francis Randell was Master of MARY of Llanelly, a 53 tons brigantine, which was a Prize from the French. This ship was owned by Hazelwood, Hathaway and Perkins, proprietors of Kidwelly Tinplate Works. The vessel would have carried tinplate, pig iron, coal, bar iron, in the coastal trade.”

For more information about the Radalls and the and to find this http://homepages.cs.ncl.ac.uk/brian.randell/Genealogy/Carmarthen.html 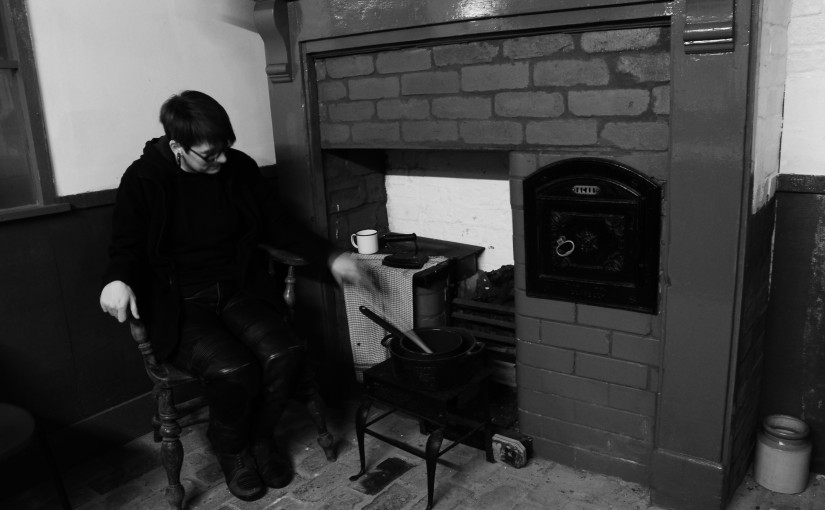 As we have mentioned on a number of pages we are still populating the webpages and now we have added volunteer opportunities and some weblinks that we feel would be interesting. 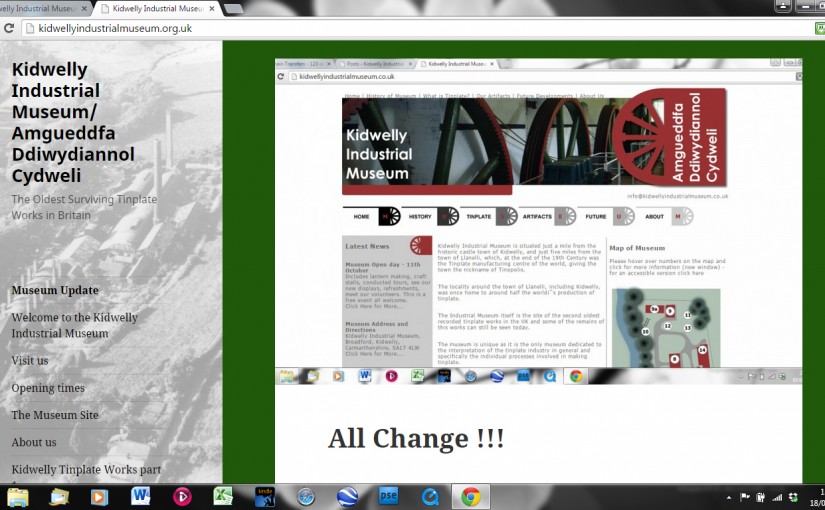 It has taken some time… but it looks like we are all updated and that the old webpage is now forwarding to this new page….
There are still some parts of the site that need to be populated and updated, so please bear with us, and feel free to browse the site and visit again soon to see the new updates 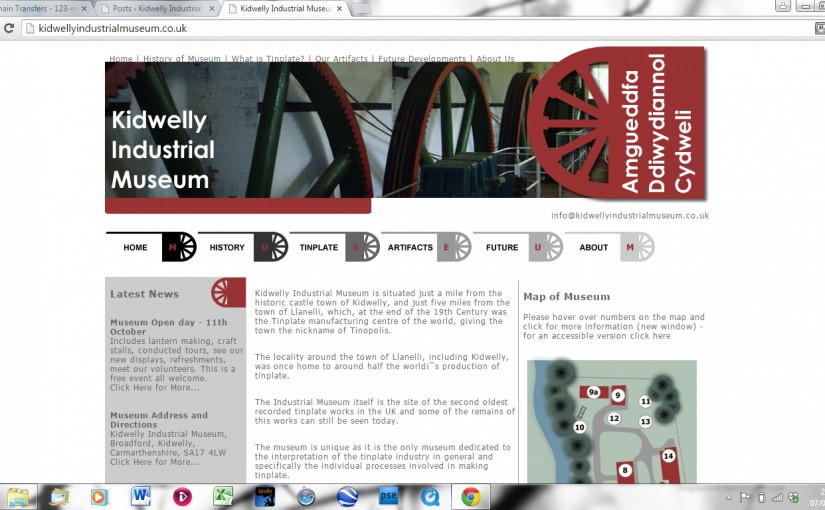 We are in the process of redirecting the “old website” to this web address,
DON’T PANIC !!!!
You will still be able to use the address ending in co.uk but it will redirect you to these new webpages……
These changes could take anything from a few days or weeks, please bear with us….

If you have any concerns about the website or the changes, please feel free to contact us by email on: info@kidwellyindustrialmuseum.org.uk 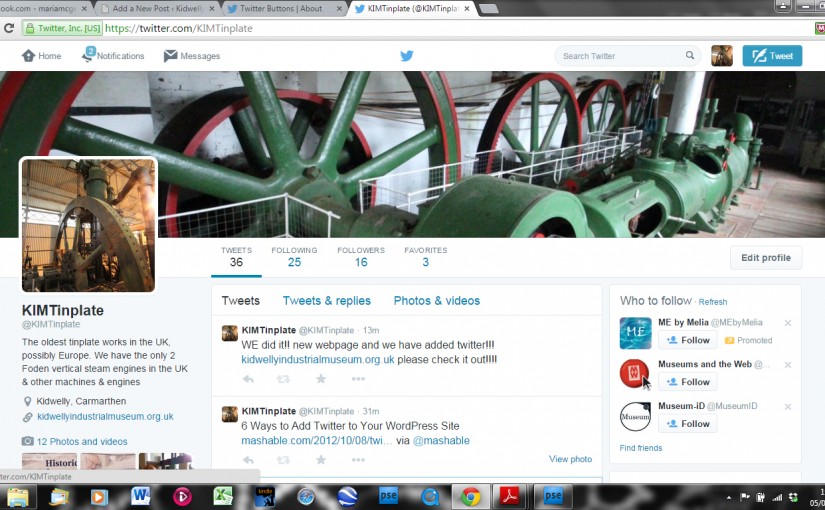 We are now on Twitter !!!!
This is new computer technology meeting steam technology!!!!

To find our Twitter connection; go to the menu on the left of the page if you are on a laptop or PC or in the menu section above the posts/ pages on a mobile or tablet you should see a button which invites you to “tweet to @KIMTinplate”

Please join us and perhaps leave us a message
Thank you Today we have been updating the projects page showing two of the projects that we are working on currently, these are the Morlais Exhibition project and the Yarnbombing project for more information on either of these projects look at the Future projects page or alternatively you can click here

Welcome to the new updated Kidwelly Industrial Museum website, it might take a while to populate the site and point the existing site across to this one….
Please bear with us while we go through this process 🙂